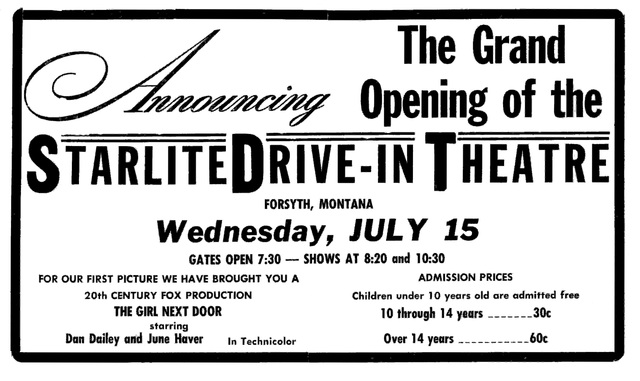 The Starlite Drive-In opened on July 15, 1953. It featured the 1953 musical comedy “The Girl Next Door” with Dan Dailey, June Haver and Dennis Day. It was operated by Myron Bean with a car capacity of 276 cars. It was later owned by Russ Fillner, Eli Spannagel Sr., and M. M. Gambill. In May of 1970, E. A. “Gene” Hulman with sons David and Stephan from Las Vegas, NV bought the Starlite Drive-In. It closed at the end summer season in 1979. It was eventually demolished and the Westwind Motor Inn is presently on the site.