Operated by: May Theatres 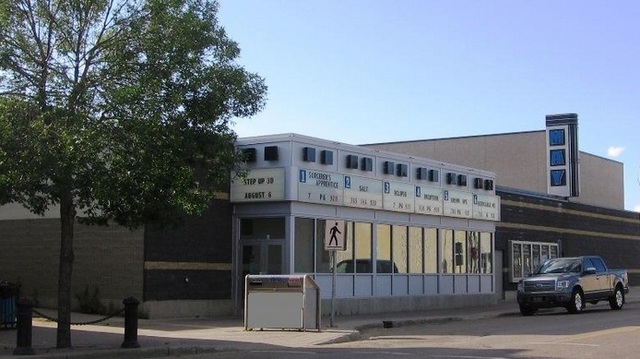 The May Theatre opened in 1976 on the Saskatchewan side of Lloydminster, a city located right on the border between Alberta and Saskatchewan. Landmark Cinemas originally operated the theatre, which had 720 seats at its opening. The May Theatre was twinned around 1980, giving it 412 seats in its larger theatre (dubbed Cinema Red) and 352 seats in the smaller auditorium (Cinema Blue) for a total of 764 seats at the time. The May Theatre was also renamed as the May Cinema Centre about that time. It became independent of Landmark in 1984 when a new company, May Theatres, was established to take over the May’s operations.