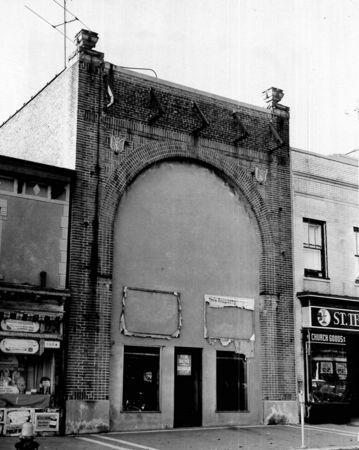 The National Theatre was opened November 1, 1916 with 1,400 seats. Its opening program consisted of a variety of moving pictures, interspersed with songs and an organ interlude. By 1933 it was operated by Warner Bros. Circuit Management Corp. and the seating capacity was given as 1,294. It was listed as (Closed) in 1934. It was still listed as (Closed) in 1943. In 2017 a dental practice operates in the lobby section of the building. The auditorium has been demolished.