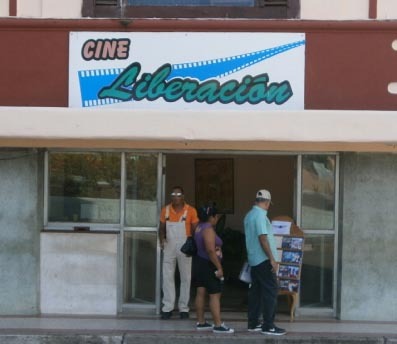 Located in Palma Soriano in the province of Oriente, on Maceo between Saco Sur & Estrada Palma. The Cine Liberacion was opened in 1924. The building was built of wood and zinc, and was owned by the brothers Boda Carbonell. It was later re-named Cine Proncipal. Sold in 1946, it was re-named Cine Lupita after the then owners daughter Lupe Rodriguez Rodriguez. It was soon completely demolished.

A newly built Cine Lupita was opened on the site on 16th December 1950. It was still operating in 1959. It has now been re-named Cine Liberacion.

Cine “Lupita”, as been renamed again, this time as Cine “Liberacion”.