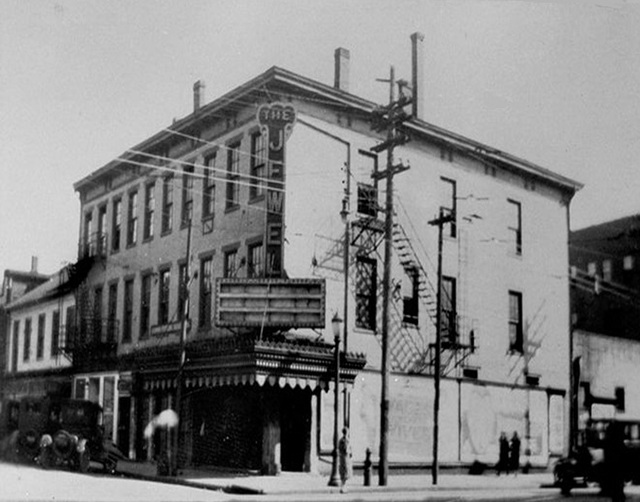 The Jewel Theatre in Hamilton, Ohio, opened as a 350-seat nickelodeon on May 1, 1909. The St. Louis construction company that had the contract to convert the pre-Civil War commercial building at the corner of 2nd Street and Court Street into a movie theatre placed in charge of the project a young employee named John Eberson. It was his first theatre design.

The Jewel Theatre, later expanded to accommodate 450 seats, operated for almost seventeen years, closing on March 14, 1926. Eberson established his own practice in Chicago in 1910, and went on to become one of the leading theatre architects in the United States. He moved his practice to New York City in 1926, the year the Jewel Theatre closed. The building that housed the Jewel Theatre has been demolished.

Here is a photo of The Jewel Theatre which the MidPointe Library System dates circa 1920.

The January 26, 1971, issue of the Hamilton Daily News and Journal ran an article about the Jewel Theatre building, which was about to be demolished. It said that John A. Schwalm and John H. Broomball, directors of the Jewel Photoplay Company, opened the Jewel on May 1, 1909, and the house closed in March, 1926.