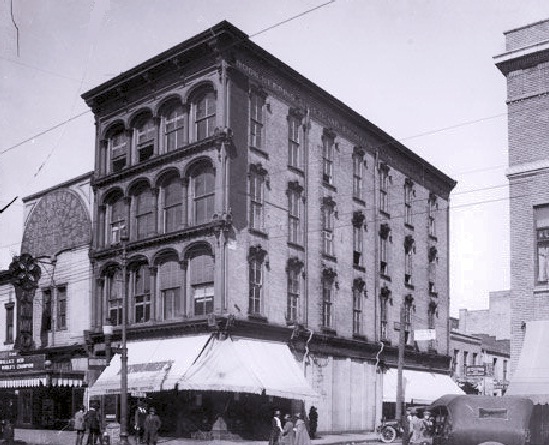 The Almo Theatre was destroyed by fire in July of 1925. The Wake Theatre was later built at this location.

The Almo Theatre was operated by Aronson & Brown in 1919, according to the April 5 issue of The Moving Picture World:

“Aronson & Brown also have two theatres in Raleigh, the Alamo,[sic] seating 400, admission 10 and 20 cents, running Paramount and Select; the Grand with Tabloid comedies and serials, seats 1,000, admission 15 and 25 cents. These men are two of the oldest showmen in the South. They say the public wants clean pictures; nothing suggestive goes here.”