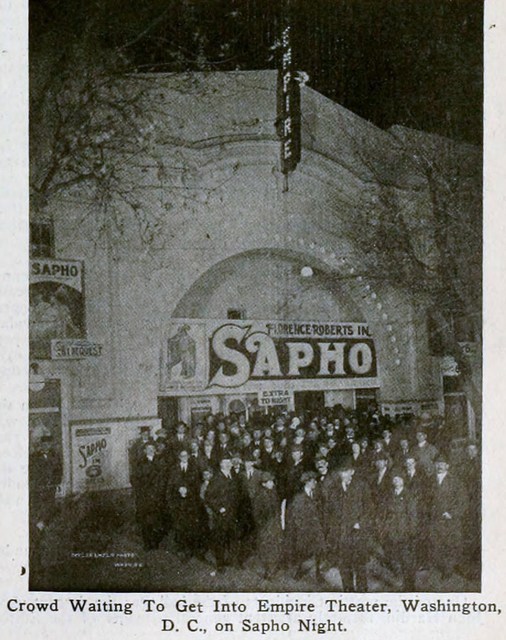 The Empire Theatre opened in 1913. It was taken over by the Stanley-Crandall Company in 1927 and was last operated by Warner Bros. when it closed in 1929. The site is now a shopping plaza.