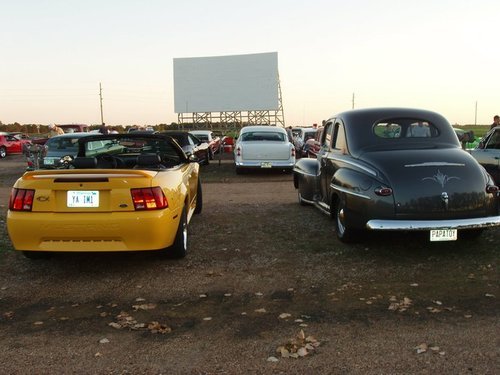 The address (at least according to Google) is 1 Minnesota 1, Warren, MN 56762. The drive-in is located about one mile west of Warren on the north side of the road. http://tinyurl.com/zsrjfow

The Sky-Vu web site says Leonard Novak bought the place in 1971 from Bixby Knight. He’s owned it ever since. “Nothing much has changed at the SkyVu since the 1950s except that the movies have more special effects and the sound comes over your car’s FM stereo.”

Add me as another voter for “2nd run” films. This Memorial Day weekend, they’ve got a triple feature of movies that came out on April 7, January 6, and November 4.