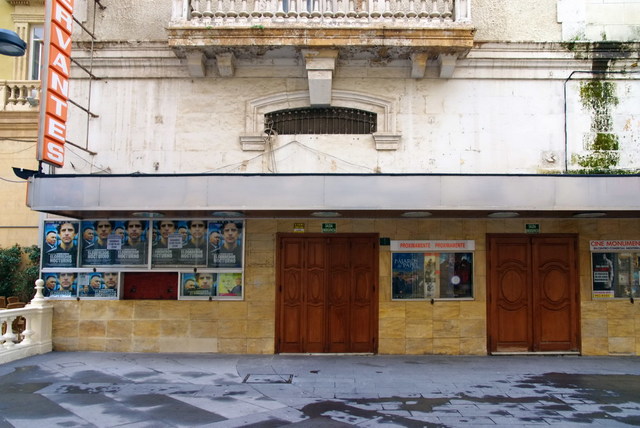 The Cine Teatro Cervantes is a well-preserved jewel of a cinema. Indeed, it is a theatre with stalls, boxes and circle, the latter of which are not currently accessible for regular screenings. The seats are, as they should be, dark-red plush. The cinema is situated in the plain centre of the coastal town of Almeria. It is one of the very few remaining cinemas in Spain that still offers the mythical double-features that were famous during the 1970’s and the 1980’s, i.e. two films for one ticket. Programme-wise the cinema specialises in the upper mainstream and arthouse, much of which of European provenience. While the experience of watching a good film in as luxurious a setting as can be a classical theatre has overjoyed me, the locals do not seem to care much, given that the jewel of a cinema was near empty for the double feature. Here again, it seems that elegant cinema theatres have to struggle to hold their own.