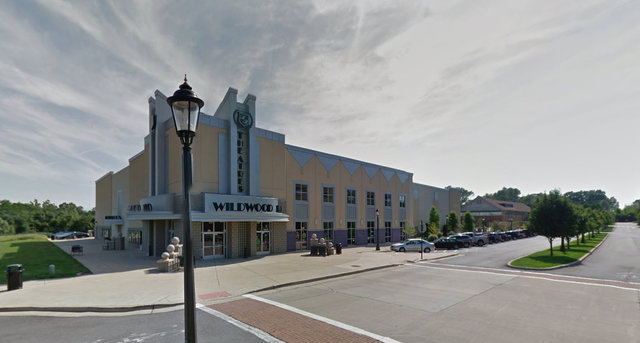 The Wildwood 10 opened October 1, 2010. B&B Theatres has opened its new flagship multiplex, the Wildwood 10 at 16820 Main Street in Wildwood. The new theater boasts a 56-foot wide screen in its largest theater and two “adults only” suites for movie goers over 21.

The B&B Theaters is a family run business out of Salisbury, MO. B&B is known for its traditional rural theaters and has locations in Festus and Hannibal. They have been in operation since 1924.

The Wildwood 10 is the first theater in Missouri to be completely digital—it doesn’t even have a projection booth. It has also streamlined the ordeal of getting into the theater by allow patrons to buy their tickets and concessions together at one of eight registers inside the lobby. The theater has the latest in 3D capabilities, wall-to-wall curved screens and stadium seating in each auditorium.

The Marquee Suites are two VIP auditoriums where only adults over 21 can view movies. They feature plush leather reclining seating, marble side tables and a full bar and extra menu choices. There’s a $2.50 surcharge to see movies in the Marquee Suites, but many patrons will probably think its well worth the fee if they can see movies away from annoying children and teens.

Surprised that anyone would open a new theater in an age of big screen TV’s and Blu Ray technology? Family members say that Elmer Bills, Sr., the founder of B&B Theaters had a saying: Everyone has a kitchen table, but they still go out to restaurants.