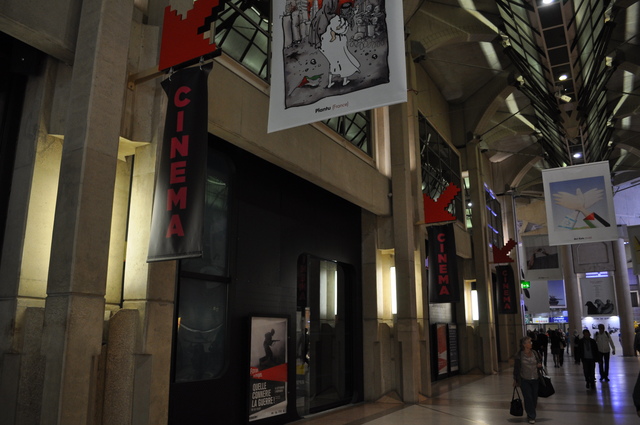 Located in the huge Les Halles underground shopping mall in the centre of Paris, at 4 Rue de Cinema, near to the UGC Cine Cite Les Halles multiplex. The Bibliotheque du Cinema Francois Truffaut is a library devoted to cinema. It has a 25 seat auditorium which screens classic and independent films. It was opened in December 2008.