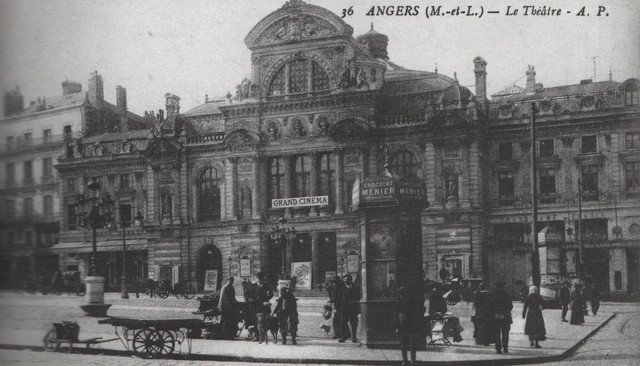 The Grand Theatre was opened on 11th November 1871. It was designed by Parisian architect Auguste Magne. Seating was provided for 1,160 in orchestra and three balcony levels. On 25th February 1886, the Grand Theatre presented Verdi’s opera “Aida”. Composer Franz Liszt performed at the theatre as did noted actress Sarah Bernhardt.

In the early-1900’s it was converted into the Grand Cinema. Today it operates as a live theatre.