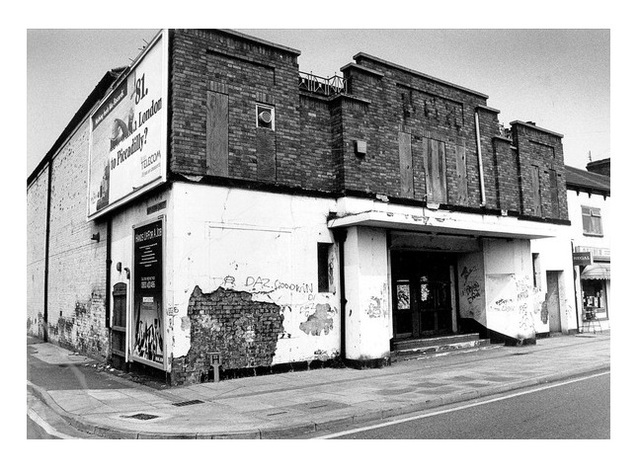 Located in Grimsby, northeast Lincolnshire, at the corner of Corporation Road and Ayscough Street. It was on the site of the Paragon Cinema which had opened in 1912 and was destroyed by fire in 1936. The Rex Cinema was opened in June 1938. It was operated by the Leeds based Star Cinemas chain. It was equipped with a Western Electric(WE) sound system.

The Rex Cinema was closed on 19th August 1961 with Vincent Price in “The Fall of the House of Usher”.

It was converted into a Star Bingo Club, and operated as a bingo club until 1989. It then became an indoor skateboard park. It was demolished in 1996 and flats were built on the site.