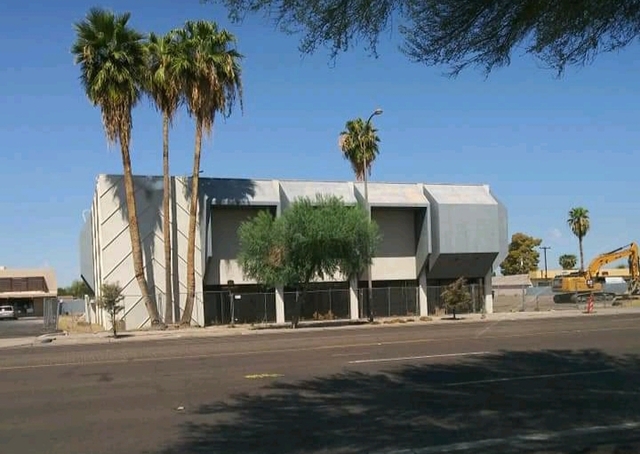 The El Camino Theatre opened on March 1, 1972, with Twiggy in “The Boyfriend.” The Scottsdale Progress noted, “The 800 capacity El Camino Theater is the newest of the ABC Intermountain Theaters; also owned by ABC are the Cine Capri, Palms Theatre, and Indian Drive-In in Phoenix, plus the El Dorado Theatre, Catalina Theatre and Miracle Theatre in Tucson.”

On April 11, 1974, violence struck when the discharged, ex-manager of the Indian Drive-In came to the theatre armed with a gun in one hand and a beer in the other. He entered the executive offices of ABC Intermountain and threatened several employees. He then shot and killed another man, a retired employee, who just happened to be in the building at the time. He abducted another employee and left with him in a car but released the hostage awhile later. The perpetrator then returned to a room he was renting in a mobile home and was met by the police who were waiting for him. After resisting arrest he was wounded in his side by the police and taken to the hospital where he survived to stand trial.

The Scottsdale progress later published a photo of a police technician removing a bullet that had left the upstairs office and was lodged in the marquee. The movie listed on the marquee was “Super Cops". In October the killer was found guilty of voluntary manslaughter and sentenced to serve from seven to 10 years in the state prison.

Later operators of the El Camino Theatre include Plitt Theatres in 1975 and Cineplex Odeon in 1985. The former theatre building, later converted to other uses, it could be seen on Scottsdale Road until it was demolished in late-2020.

The Road Warrior, Chariots of Fire and The Gods Must be Crazy all played at the El Camino

Demolished in late 2020 as the Googlemobile passed it by.