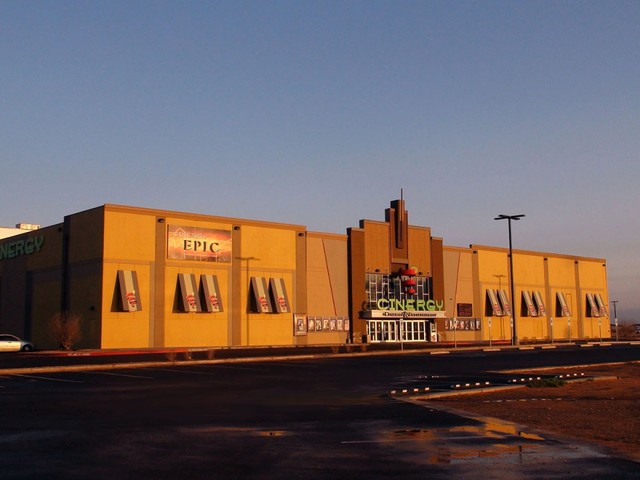 According to the Business Journal, amenities include wall-to-wall screens with plush leather seating and exclusive plush recliners for the front row, seating arrangement designed with super-sized 22 ½" risers and ‘Texas-sized’ leg room of 50" between rows. A full kitchen with chef-prepared favorites cooked to order and delivered to the theatre and beer, wine, and frozen drinks. Other entertainment includes over 60 arcade and video games.

According to information from Cinergy, Jeff and Jaimie Benson founded the chain in 2009. “The Bensons started in the exhibition industry by constructing two traditional cinemas branded “Driftwood Theatres” in Granbury and Marble Falls, Texas, the first of which opened in 1999. They also founded the Movie Tavern chain of dine-in theatres. The first Movie Tavern opened in Ft. Worth in 2001. In 2005, the Bensons recapitalized the company by entering into a joint venture that allowed Movie Tavern to become the largest and fastest growing operator of dine-in theatres in the United States. The Bensons sold their interest in Movie Tavern in 2008. At the time of the sale, Movie Tavern operated 98 screens in 12 complexes in 5 states. Cinergy started just one year later in 2009".