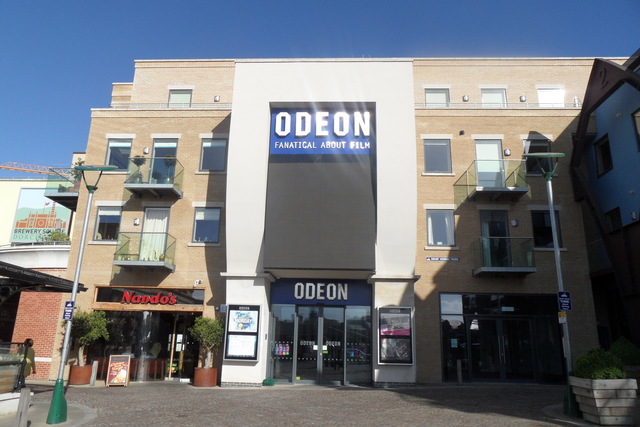 Opened 26th October 2012 with “Skyfall” after a screening of “The Sapphires” earlier in the week was cancelled due to uncompleted building work.

Reported to be a 403 seat venue, the official website gives a higher number of seats - Screen 1 - 173 Seats Screen 2 - 151 Seats Screen 3 - 94 Seats although using the booking portal a number of seats are consistently listed as occupied and unavailable so may possibly not be in the auditorium, which may explain the discrepancy.

Screen 1 is a fine modern auditorium with stadium seating, large Scope screen and movable side masking.

Screens 2 and 3 however are not good. Both are long thin box-like auditoria with just 1.85 screens. Initially when the cinema opened they had top masking for Scope films but with digital projection Scope films are shown “letterboxed” centre screen with no top and bottom masking as is common nowadays.

Although the screens are wall-to-wall, the picture image does not go completely to the side edges. I was told that it was adjusted after opening because a set of wall side lights were obtruding out and obstructing the picture. So now the situation is that Scope films are both “letterboxed” and “pillarboxed” on the screen. This is not good.

Additionally the auditorium lights only dim during the film so the auditorium remains relatively light. I was told that the management are aware of the problem but the electrical wiring is such that it does not allow them the lights to be turned off over the seats whilst leaving it on over the aisles.

All in all I get the impression that this cinema was not designed by anyone who goes to the cinema themselves and really knows what the customer wants. Other modern Odeons are fine so why Odeon let all these design faults through, I cannot explain.

There was quite a battle in Dorchester when this new Odeon was proposed from supporters of the independent Plaza cinema who feared its arrival would impact the viability of the Plaza. I don’t know how the are both fairing now 5 years after opening, both are still there. Odeon Screen 1 is a fine addition to the cinema choices but Screens 2 and 3 leave a lot to be desired.

The Plaza is doing a roaring trade, often selling out screens to loyal customers from Dorchester and the surrounding towns.