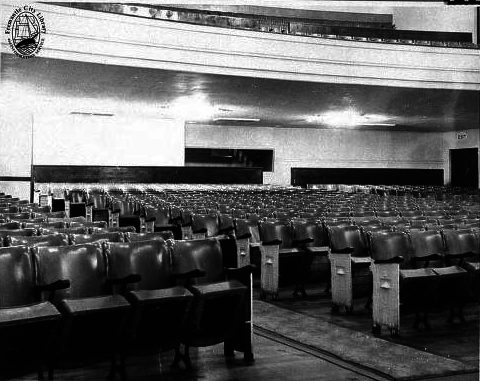 The Oriana Cinema (1938-1972), on the corner of High and Queen Streets, was an art deco building which was removed in 1972 in favour of some very ordinary shops. Its first name was Hoyts Fremantle, but that was changed when ownership changed hands, and on the occasion of the first visit to Fremantle by the P&O ship, on her maiden voyage in 1961 - Contributed by Greg Lynch -