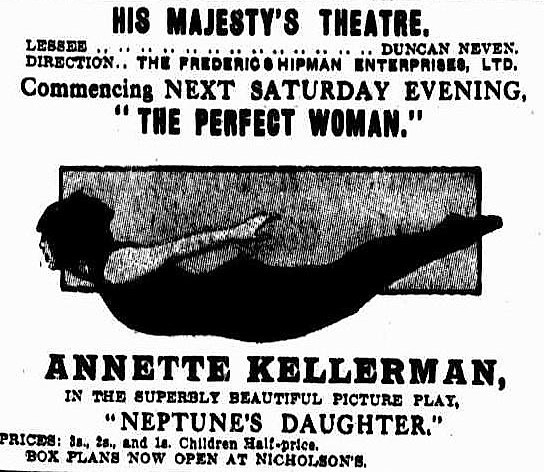 Ye Old Englishe Fayre opened in the early or mid-1890’s, and was the first site to screen films in Western Australia on 21st November 1896 three months after the first Australian screening of films in Melbourne in August 1896. Name changed to Continental Gardens in 1898, and closed in 1899, and demolished in(1899 to 1902?).

Construction of His Majesty’s Theatre started in 1902. His Majesty’s Theatre opened on 24th December 1904 with a performance of “Forty Thieves”. The first films were shown on 10th June 1905. Films were shown on and off until the 1920’s. Films were shown again for a brief time in the 1940’s for war-weary troops and locals. The theatre was nearly demolished in the 1970’s until saved by the then premier Sir Charles Court, and closed for renovation ,and officially reopened on 28th June 1980 with a command performance of variety presented by Western Australian artists.

There is a performing arts museum at His Majesty’s Theatre(downstairs, Hay street side).

I think the preforming arts museum might in the same place the Green Room Cinema was?

Correction – His Majesty’s Theatre is the only remaining operating Edwardian theatre in Australia!