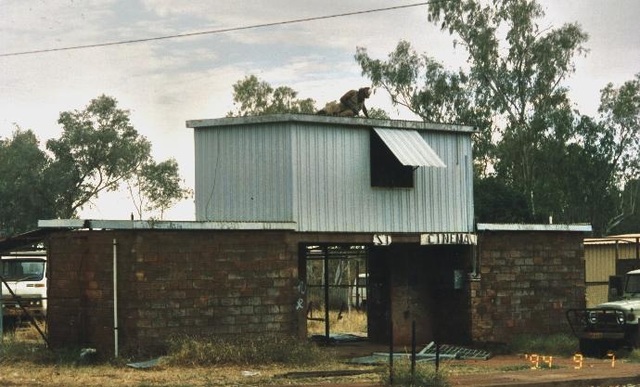 The first screenings(late-1940’s to 1950) were at the back of the Road Boards Hall(outdoors) at old Hall’s Creek, with the audience sitting on the ground or in their vehicles. In 1950 Hall’s Creek moved to a new location because of flooding. Screenings in the new town began in 1955 in the school grounds or under the verandah of the adjoining AIM Hostel(run for children attending the school from outback stations) until the new cinema opened in 1967 and called Mavern Star Cinema. The Mavern Star Cinema closed in(early 1983?). The Mavern Star Cinema was demolished on 8th September 1994. The site is now a house or shop or church(?).