Famous Players opened this suburban multiplex as a replacement for the aging Capital Theatre in Downtown Windsor which was closed and sold to local interests for refurbishment as a venue for plays and music. I recall being at the Parkway 5 almost every weekend during the busy movie summer of 1989 when many blockbusters were released at the same time. Parkway 5 i believe actually opened with Tim Burton’s “Batman” on multiple screens, plus “Indiana Jones and the Lost Crusade”, the James Bond flick “Licence to Kill” and “Star Trek V”. “Terminator 2” was also a huge draw for the Parkway cinemas in the summer of 1991. I recall this cinema having 5 large theatres, but with very shallow grade seating stretching to the back. Wasnt surprised to hear the Parkway close when newer theatres with stadium seating were constructed nearby. 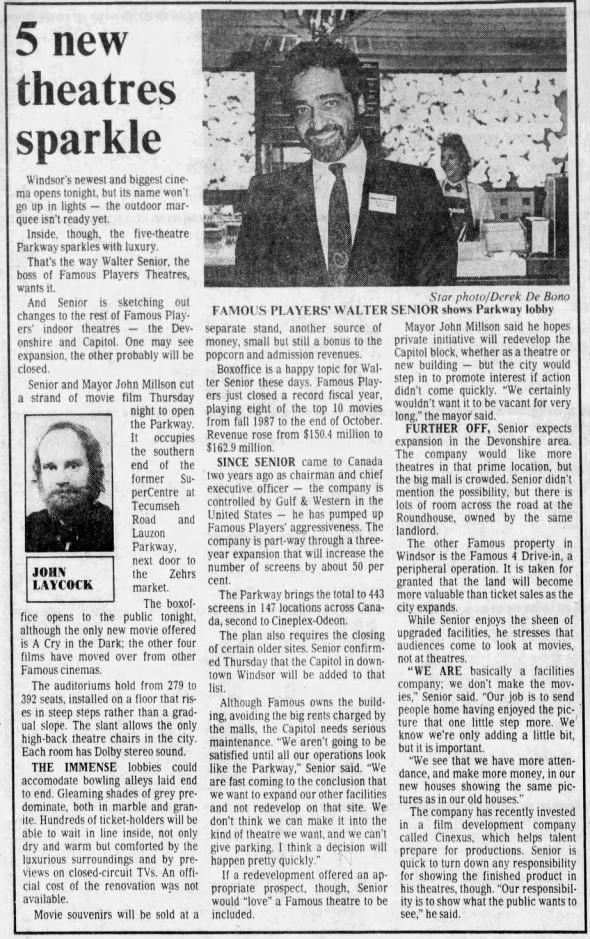