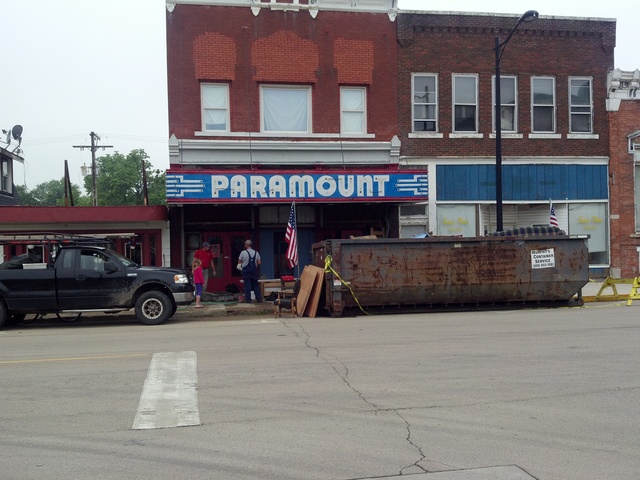 They tore off the front and are working at it, they found the box office was originally the entrane and it looks like there are several wooden columns and rows of lights that were behind the old front, those have been torn down and it looks like they will be reonvating them. When i walked by there were guys putting in new concrete where the old stuff had holes or was chipped away.