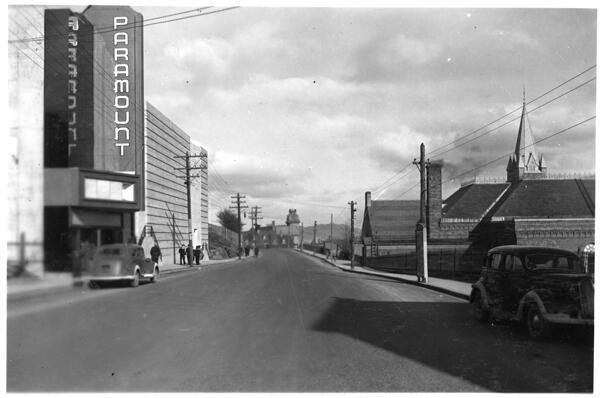 The Paramount Theatre was forced to close in 1973 when its roof caved in shortly after the theatre was evacuated during a showing of the movie “Mary, Queen of Scots” due to structural problems involving the roof. It stood derelict for several years thereafter until it was purchased and extensively renovated into an office building called the Paramount Building in the 1980’s.