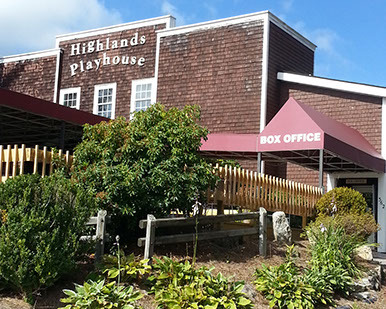 Highlands Playhouse is the oldest theatre in North Carolina. In the summer of 1938, a group of Highlanders presented a play for one performance in the Playhouse building. This production was “Dulcy”, a comedy by George S. Kaufman and Marc Connelly. Encouraged by the audience’s reception, the group formed the non-profit Highlands Community Theatre, Inc. Every summer since 1938, with the exception of two years during World War II, there has been a season of live plays here at the Playhouse. In 2013, a new 35 foot movie screen and Dolby 7.1 sound system was installed to allow patrons to enjoy first run and classic movies year around.