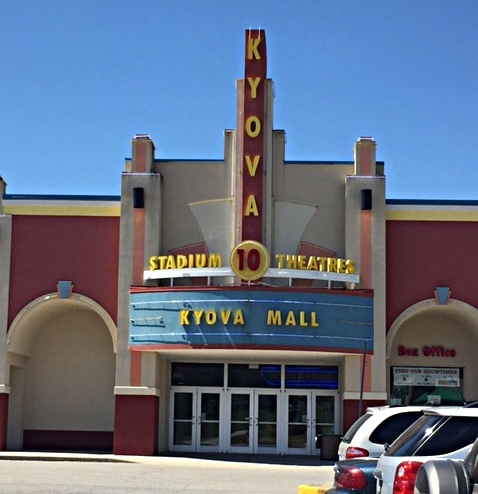 Opened in May 2007 as the Phoenix 10 Theatres. The KYOVA 10 Stadium Theatres is a modern multiplex located at the KYOVA Mall in Ashland, Kentucky. It has comfortable raised stadium seating and crisp surround sound in each theater.

It is open seven days a week with multiple playing times for each first run film. There are special screenings of classic films on occasion.

The theatre has an arcade of games and a party room for birthdays and special occasions.

This theatre opened in May 2007 in what used to be a Phar-Mor store. It was originally developed by Phoenix Theatres out of Knoxville, but Phoenix later severed ties with this location. It is now owned and operated solely by the mall its attached to – hence the new name.