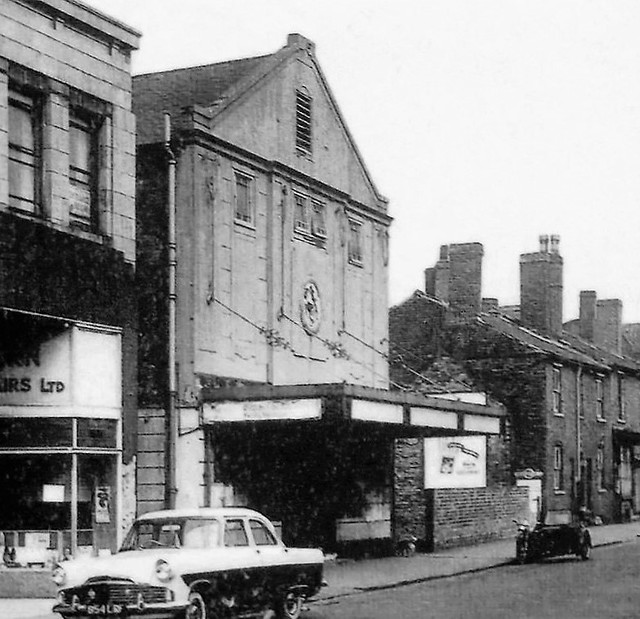 Located on Paradise Street (which has been re-routed as W. Bromwich Ringway). Thought to have been built as a Wesleyan Chapel and later used as a school. In 1859 it became the Public Hall and operated as a meeting hall until 1875, and occasional concerts were held until 1891. It then became a wire-works.

In 1920 it was converted into St. George’s Picture House, opening on 26th July 1920. It was decorated in an Italian style with hand painted panel in an Arabesque style. Around 1930 it was equipped with a British Talking Pictures(BTP) sound system and was taken over by the J.F. Emery circuit from 1939 to 1946.

It was taken over by Miles Jervis in 1946 (he operated the Plaza Cinema, later Kings Cinema, directly opposite). He installed a G.B. Duosonic sound system. The St. George’s Picture House was closed on 18th June 1955 with the Swedish film “Unmarried Mothers”. It was leased to a new operator and re-opened on 24th September 1955 as the Krishna Cinema. It was screening Indian films, the first being “The Savage Princess”. This was a short live venture which only lasted for 13 weeks and the cinema had closed by the end of 1955. The building was demolished in August 1962