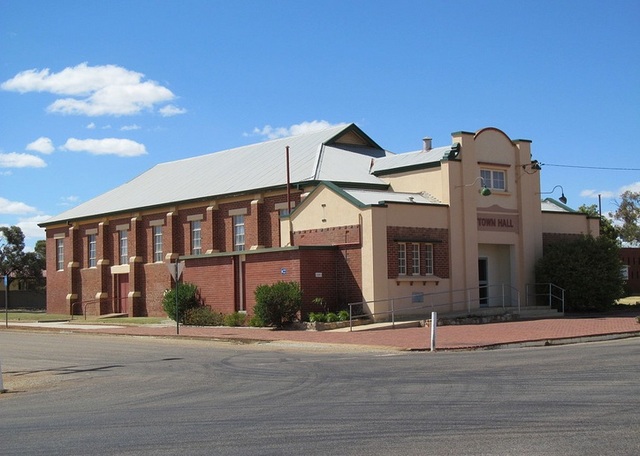 The Wyalkatchem Town Hall was built(and opened?) in 1929. Movies were screened from 1931 to the mid-1960’s when the Wyalkatchem Drive-In opened. The Town Hall is still there, but no longer screens movies.