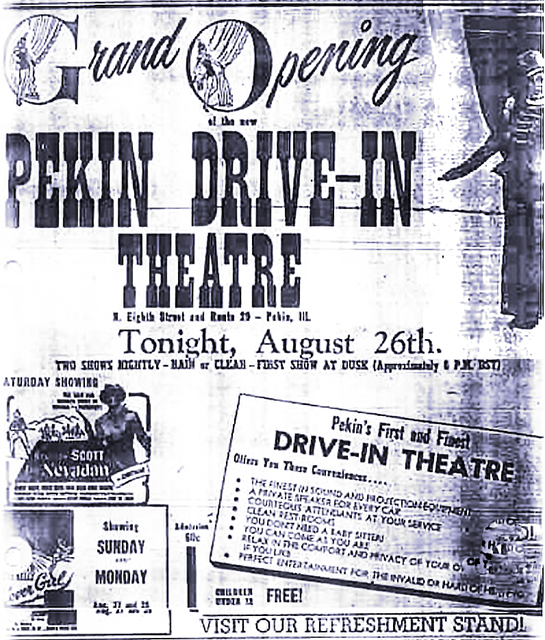 Apparently, the Pekin Drive-In was destroyed by a tornado in 1954 and never reopened.

“Could they not afford to rebuilt?”

“Could they not afford to rebuild?” A dominant chain in the Central and West Central Illinois, Kerasotes Theatres, had built a superior, widescreen drive-in to compete with the Pekin Drive-In in 1953. Given that the owners had already built two screen towers for less than four years of total service, my guess is that it, indeed, wasn’t a wise business move to rebuild circa 1954.