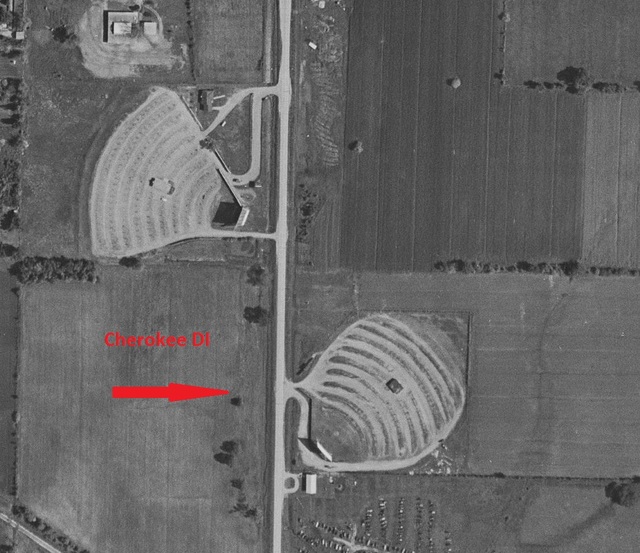 The Cherokee Drive-In was opened by September 1952 when it was operated Stein Theatres. By 1955 it was operated by N.W. Huston. It was still open in 1970. Now Quick Shop next to McDonald’s.

whats the other drive-in in the picture!

From the March 21, 1960 issue of Boxoffice: “COLUMBUS, KAS. – Donald Bowin of Parsons purchased the Liberty Theatre and the Cherokee Drive-In from John B. Huston and his sister, Mrs. Dorothy Madson of Burson, Calif., effective March 15. The sale also included the Liberty Building, which was built by the late N. W. Huston and the theatre operated by him for many years. He acquired the Cherokee Drive-In from Louis Stein of Parsons, who constructed it. At the time of its construction, Bowin was associated with Stein.”

In a roundup of drive-in openings, the Sept. 13, 1952 issue of Boxoffice included: “Columbus, Kas. - The Cherokee Drive-In, owned by Stein Theatres, has been opened.”