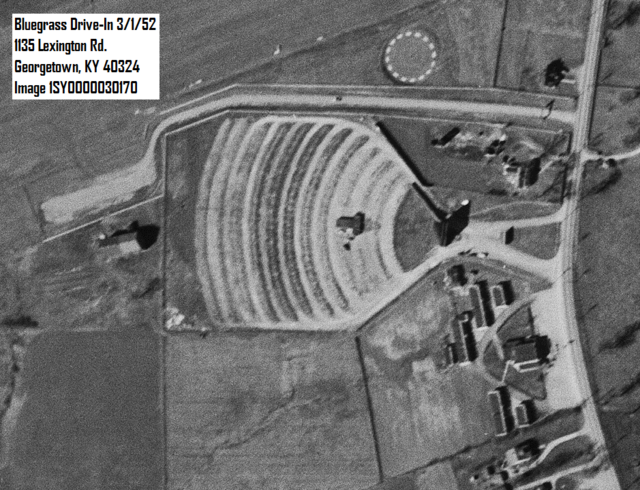 PARIS, KY. — In-car speakers have been installed at the Bluegrass Drive-In Theatre on the Lexington-Georgetown road near here.

More notes. Motion Picture Herald, May 10, 1947: “Ray Toepfer and Lida Cummins, operating the Blue Grass drive-in, have secured a site south of Lexington where they will build another drive-in.”

Motion Picture Herald, Oct. 4, 1952: “The Blue Grass Drive-In theatre, which has been in operation outside of Georgetown, Kentucky, since 1941, was denied a permit Sept. 22 by Judge G. G. Barkley of Scott County. Although in operation 11 years, the theatre had never been granted a permit. Judge Barkley, after hearing testimony said, ‘… to gain a permit a person must abide by the laws. It has been brought out that the theatre has remained open several times until after midnight, implying that the law would not be carried out if a permit is granted. Therefore, I am denying a permit.’ ”

It must have worked out. The Exhibitor, December 23, 1953: “Mark Cummins, exhibitor, is in St. Petersburg, Fla., for several weeks. Midwest Theatre Supply furnished RCA projection equipment for his Blue Grass Drive-In, Georgetown, Ky.” 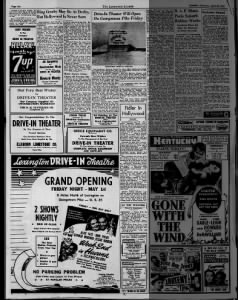