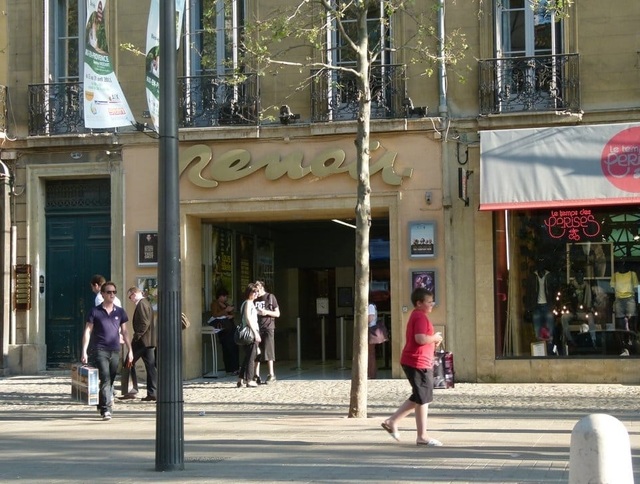 For what it’s worth, there was a movie theatre at or around 50 Cours Mirabeau as far back as 1983. I post my comment here as this theatre is the closest of Aix’s 3 existing theatres to 50 Cours Mirabeau.

I was in Aix that spring visiting a girlfriend who was doing a bus & truck tour of West Side Story through Europe. They settled in to Aix for about 3 nights around Palm Sunday and performed on a small stage at the Rex, which, as I recall, was normally a cinema but was also hosted live events. The performers complained of the cramped stage and cramped backstage performing their musical, but it wasn’t built for stage shows. It was a movie house. Or had been a small legit theatre originally and converted to a cinema at some point. I guess that the theatre maybe dated back to the teens or 1920s. Seated mybe 500-600. Quaint. Charming outer box office and open air lobby beneath the big marquee that read “REX.” A return visit in summer of 1992 saw that the theatre was closed and awaiting renovation into apartments; the complex was to be called the “Rex.” A recent look at Google maps shows no Rex apartment building but there appears to be a newish building modeled in the style of older ones along the Cours Mirabeau.