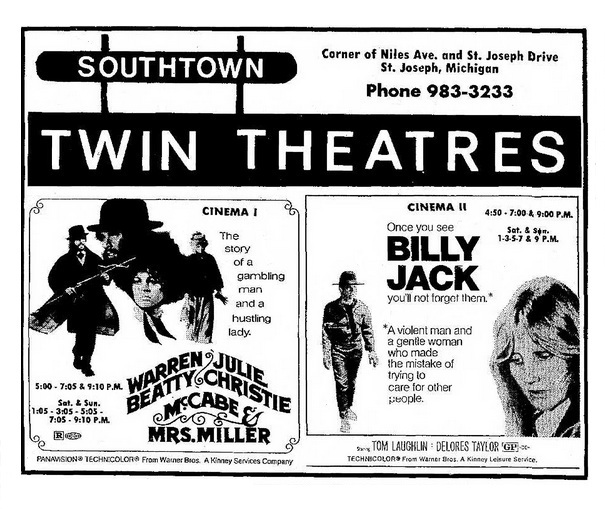 The Southtown Twin Theatres opened July 19, 1971, with “Ryan’s Daughter” and “Willy Wonka and the Chocolate Factory".

Architect Mel C. Glatz designed the theatre with 265 rocking seats in one auditorium and 334 traditional seats in the other. Donald White, president of Southtown Twin Theatres Inc., said no X-Rated films would be shown and Cinema I would be limited to adults to discourage the distraction of children. Cinema II would be for family films.

The former theatre has most recently been used as a medical office.