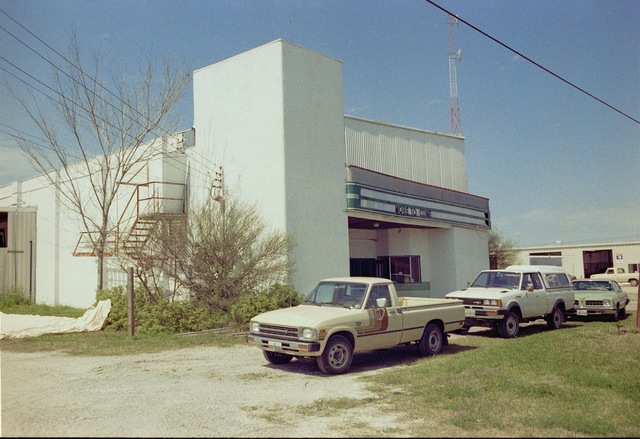 League City is located 23 miles southeast of Houston, TX. The Rose Theatre was possibly opened in the late-1950’s. In the 1960’s it was leased by a community theatre, and they operated it until the area was struck by Huricane Alicia in mid-August 1983.

It was structurally damaged and was demolished in 1984.