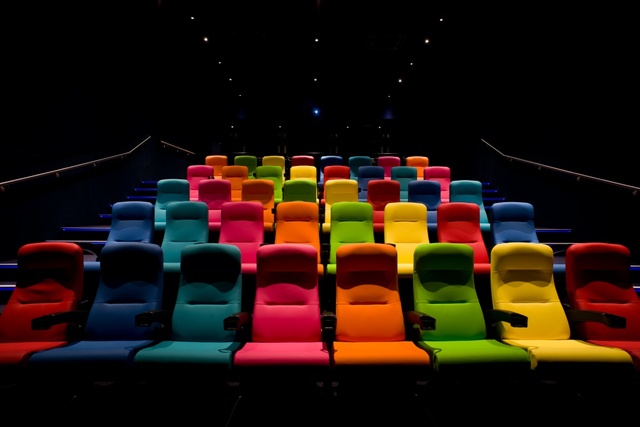 Located in the Chelsea & Westminster Hospital on Fulham Road, Chelsea. The fully accessible 40-seat MediCinema was officially launched at a special event in October 2015 and can accommodate up to 4 hospital beds and 4 wheelchairs as well as its 40 special cinema seats. It is a venture between CW+, the charity for the Chelsea and Westminster Hospital, and MediCinema. It was designed by Unick Architects and features multicoloured Camatic Actia seating in stadium fashion. The artist Andy Council was commissioned by CW+ to produce two bespoke murals - one of a fox and one of a rhino - to span the exterior walls of the cinema. The projection is fully digital and capable of screening 3D films. More importantly the admission is free but it is for patients and their families only. Nursing staff are in attendance at every screening (which take place three times a week) to provide one-to-one support to patients with greater needs. The MediCinema space also doubles as a training and lecture space to train the next generation of surgeons and nurses working in paediatrics.

There are two other MediCinema’s in London hospitals one located in Guys Hospital, near London Bridge and the other at St. Thomas' Hospital, opposite the Houses of Parliament. Others are to be found in hospitals in Newcastle, Glasgow & Newport.

First time i have heard of that type of cinema!?