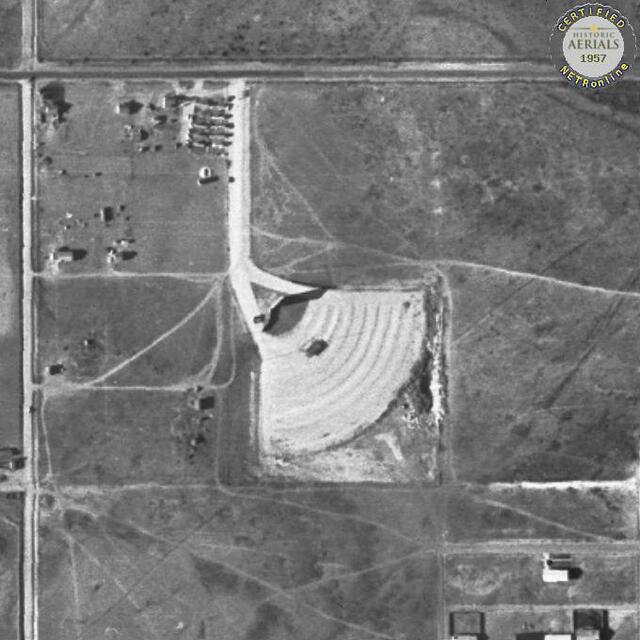 Found it on the 1957 photo at Historic Aerials. The approximate address would be 1105 W Ave D.

The 1964 topo map shows the Yucca completely replaced by Taylor Junior High School, so unless it moved it must have closed before then.

A more accurate address, at least for the entrance road, is 1435 W Ave D, Lovington, NM.

When comparing the 1957 aerial to present day maps, the drive-in was replaced by a housing edition that sits just to the west of the junior high.

In fact. the entrance road is now South 15th Street.

There is also a street in the housing estate called Yucca Drive.

The first ad I could find for the Yucca in the Lovington Leader said it was “Now Open” on Sept. 21, 1951. Its program that night and the next was the 1947 John Wayne classic “Angel and the Badman,” plus cartoon and comedy (short?).

Unfortunately, the Leader, soon to be the Daily Leader, appears to have taken a few years off from running theater ads. Spot checks in the summers of 1955-57 turned up nothing for any movie house. In the summer of 1958, the Daily Leader ran ads for the indoor Lea and the Wildcat Drive-In, but nothing about the Yucca.

The Yucca’s last appearance in Frontier Theatres' list of holdings was in the 1960 Motion Picture Almanac; it was gone in the 1961 MPA.