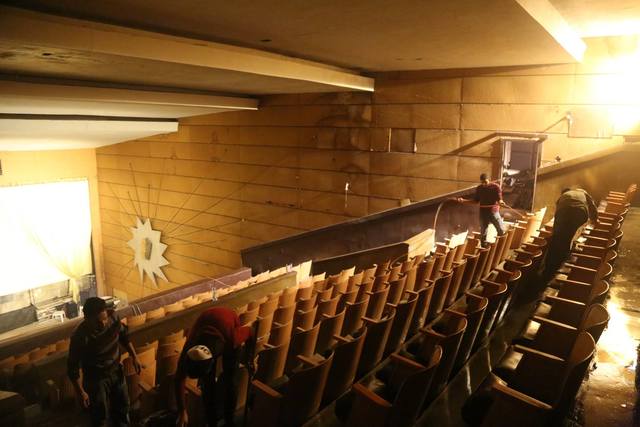 Located in Tyre in the south of Lebanon. The Rivoli Cinema was opened in 1959 and was an important cinema in the city, attracting visitors such as Jean Marais & Brigitte Bardot. It also hosted live theatre and music concerts. Seating was provided in orchestra and balcony levels. In the summer of 1982 it suffered bomb damage during the Lebanon War when Israel invaded southern Lebanon. Despite this, repairs were made and the Rivoli Cinema continued to operate until it was closed and abandoned in 1988.

In March 2017 the Rivoli Cinema was purchased by Lebanese actor & director Kasem Istanbouli and work began restoring the cinema which re-opened in 2020 as the National Theatre. The auditorium has been twinned, with the former circle becoming a cinema and the orchestra level used as a live theatre. Seating capacity will be 500.