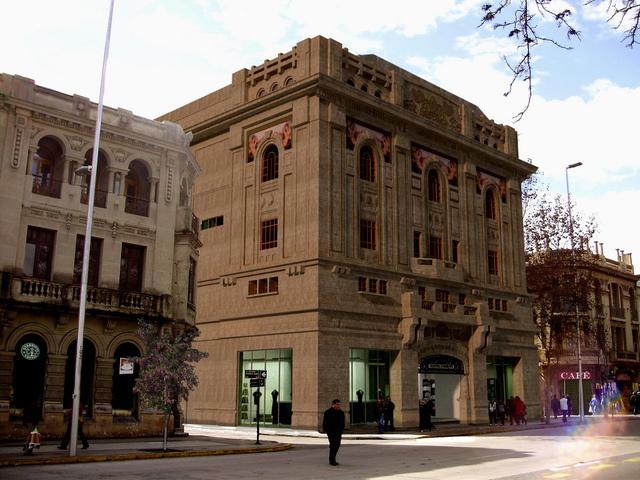 The theater was successful until the 50s. In the 60s began the decline in attendance, not only due to the competition of TV, also the decline of the whole neigbourhood Avda. Brasil. of Santiago. The Carrera was then no more considered as performance theater and began showing third run movies. In the late 60s the Teatro Carrera had to close its doors. Unfortunatelly, the authorities did not make any attempt to save this monumental theater.

Nowadays it is a disco (auditorium) and retail store (lobby).

The Teatro Carrera was placed on the National Register of Historic Places of Chile in 1989.

The Teatro Carrera had a single screen