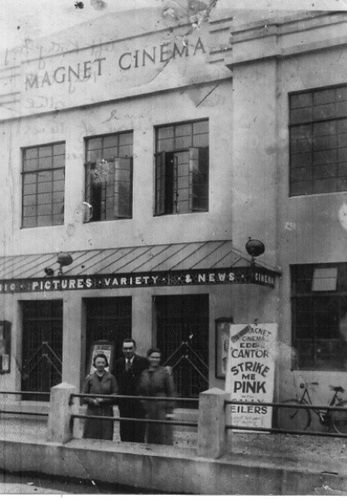 Located in Cavan, County Cavan. The Magnet Cinema opened in January 1936 on part of the Farnham Gardens directly opposite the Town Hall. It seated 630 and had an RCA sound system installed. It had a 25ft wide proscenium. It was destroyed by fire in September 1971.

The site was rebuilt as Magnet House with various commercial units and a small cinema that opened in 1974. It is not clear whether this was a brand new building or a reconstruction of the old one. The new cinema was owned by Eric and Ernie Kinnane when referenced in 1981 and is believed to have closed in 1993. Town Hall Place now occupies the site.

Although built 1935 the Magnet actually opened in January 1936.