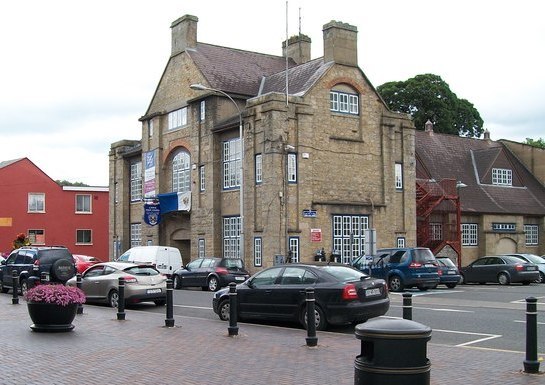 The Town Hall was the first regular venue in Cavan, County Cavan, to show films from November 1912 and was rented out to a dentist by profession, Mr Thompson, who had a penchant for films. Later operators included a Mr Verdon and a Mr Ed McKiernan one source stating that Kamm 600S projectors were used to show the films. It was still screening films into the 1960’s and even today as the Town Hall Cavan, a contemporary arts space for theatre, gigs and visual arts. Its Secret Cinema event is held here once a month presented by filmmaker Padraig Conaty. The building itself is of sandstone construction and opened in 1910.