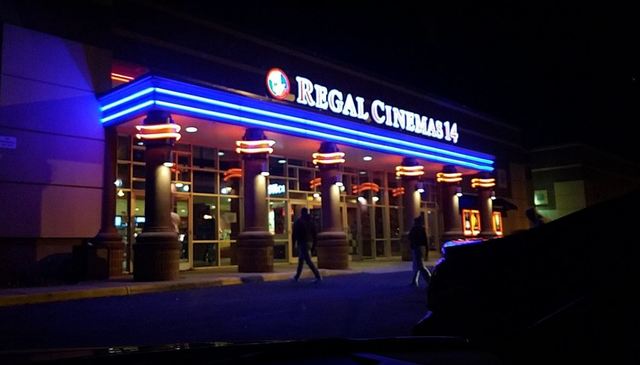 This should be combined with the entry for “Fredericksburg 14.” This theater has been through a few different configurations: it opened in 1989 operated by R/C Theatres with ten screens; in 1997 five stadium seating auditoriums were added to the north end of the building expanding the screen count to 15, along with a remodel of the lobby. Regal Cinemas bought the theater in 1997/98, then from August 2009 through March 2010 it went through a significant remodel. What had been theaters 4 and 5 were combined to create a larger theater 4, bringing the screen count to its current configuration of 14. Stadium seating was installed in that auditorium as well as in #1, 13 and 14, bringing the number of stadiums auditoriums to nine, and the entire complex was remodeled with new seats, carpet, and wall hangings, and a new box office. Finally, theater 1 was converted to a digital IMAX in 2018.