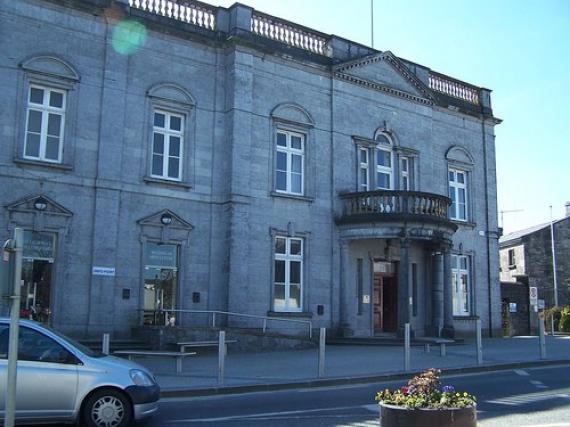 Located in Mullingar, County Westmeath. The County Cinema was situated in the County Hall and operated as a cinema from the early-1930’s until the mid-1940’s. The first talkies in Mullingar were shown here courtesy of J.R. Downe. It had 500 seats and a Western Electric(WE) sound system fitted and was later run by Patrick Shaw. Most of the staff including the manager Packy Holmes went to work at the Hibernian Cinema when that opened in 1945, which seems to have marked the end of films here. The building itself was built in 1913 and was fully refurbished in the late-1990’s opening as the Mullingar Arts Centre on 1st January 1999. It stages plays, concerts and even provides guitar lessons and a stage school but, alas, does not screen films.