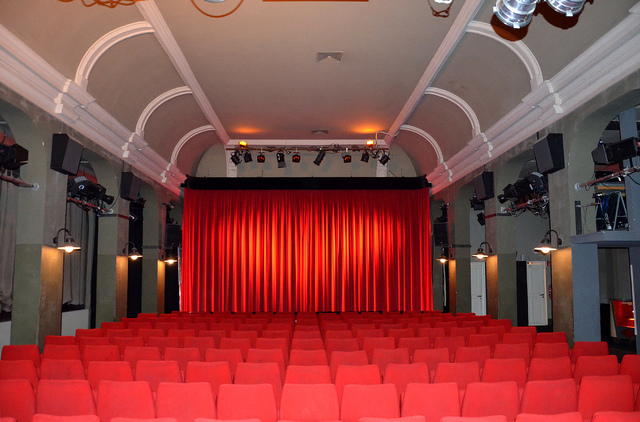 A conversion of the Sander dance hall, the Apollo Kino was opened in September 1908. In November 1944 an allied bomb destroyed a neighboring house which also caused some damage to the Apollo Kino, forcing it to close.

The Apollo Kino re-opened on 24th July 1945 and during the 1950’s it specialized in American films. In 1973 it began screening art-house films, with programming selected by students. On the 5th May 1981 the auditorium was damaged by a fire caused by a cigarette. Repairs were carried out and they revealed a decorative ceiling which had been covered over for many years. The Apollo Kino re-opened on 1st August 1981. It publishes a monthly repertory programme with different films daily. The second Monday of each month in MonGay which programmes a gay film and the third Monday of each month is WoMonGay programming a lesbian film.

The Apollo Studio fur Filmkunst is a member of the Europa Cinemas Group of art house cinemas.