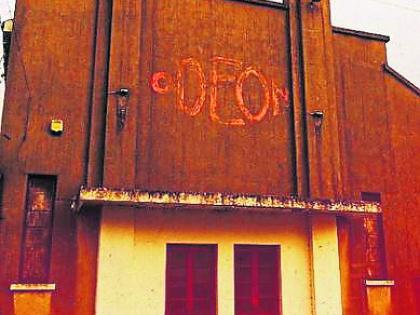 Located in Freshford, County Kilkerry. The Odeon Cinema was one of the independent Odeons in Ireland and not associated with the Odeon Circuit operated by the Rank Organisation. It was owned by the O’Carrolls. It was designed by Cecil Buggy and built of reinforced concrete. It opened 31st November 1944 and had 350 seats in the stalls and 150 in the balcony. According to the Kine Year Book, a Philips, later Western Electric(WE) sound system was fitted, although newspaper reports state it opened with a Kalee sound system. A large stage meant it was also suitable for concerts and plays which it duly put on. Advertising tails off after 1966, although it did host a visit by Santa Claus in 1973 and became an antique and furniture store in the 1990’s. The building was still standing in 2011 but was believed to be disused. It was re-opened as a cinema in 2020.

I’m pleased to advise that this venue has re-opened as a cinema again!