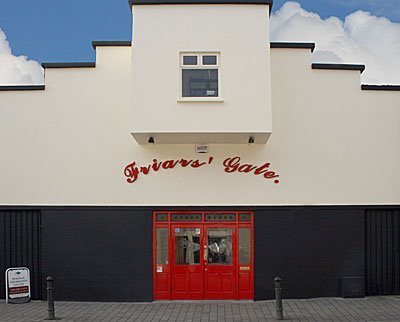 Located in Kilmallock, County Limerick. The Sarsfield Cinema was listed in the Kine Year Book’s from 1949 to 1971. It held bingo sessions in the 1960’s and had a brief spell as the Curzon Cinema in later life, under which it was put up for sale in 1990. The cinema had 200 seats and was equipped with a Philips sound system.

The Friars' Gate Theatre and Arts Centre was opened in November 1997 by the Kilmallock Drama Society who purchased the property two years previously. It stages concerts and plays, screens films and hosts exhibitions. The auditorium now consists of 130 seats.