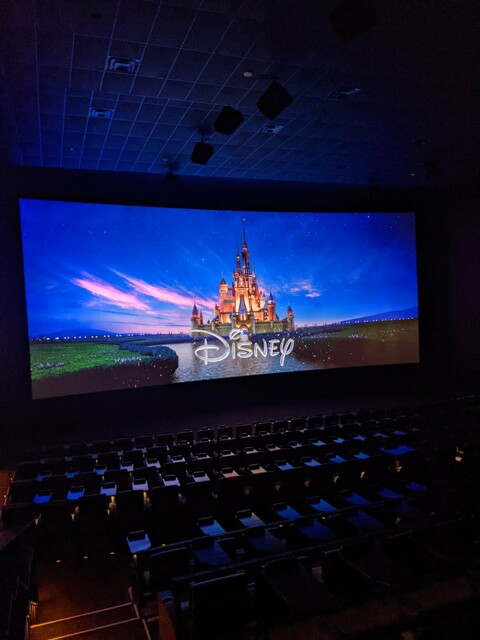 The new Alamo Drafthouse Woodbridge location will feature: eight screens with more than 900 seats; Full service in-theater dining and full bar option at your seat; a ghost-fleet themed bar inside the lobby, an homage to the ship graveyard at Mallows Bay, which is home to the large collection of sunken vessels in the Western Hemisphere; 100% reserved seating with 100% oversized recliners in every theater; fully immersive sound systems and Barco 4K laser projection in all auditoriums; “The Big Show”, Alamo Drafthouse’s first premium large format auditorium, which includes a premium sixty-six foot curved screen, a Barco RGB 4K Laser Projector, and immersive, three-dimensional Dolby Atmos audio experience; Casual dining menu with a wide range of entrees and appetizers, made to order, most from scratch; and extensive selection of draft beers - many from local and regional breweries, a complete wine list, and top shelf cocktails.

I finally made it down here to see ‘Raya and the Last Dragon’ last Thursday and ‘The Big Show’ impressed me. It’s a large auditorium that sits 256 patrons and overall image from the Barco 4K projector and Dolby Atmos sound really put it at the top of my favorite theaters in the Virginia/Maryland/DC area.