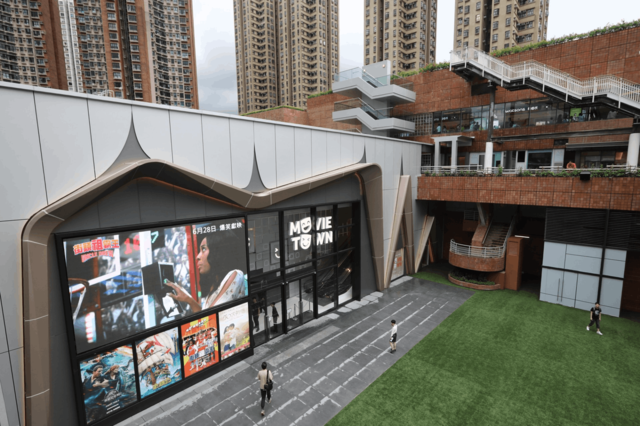 Located in Shatin, New Territories in the New Town Plaza. The Movie Town opened to business on 8th June, 2018. The new cinema is on level 1, level 2 and level 3 of a new theatre building which was built on the site of the former UA6[later re-named as the UA-Shatin Cinema] which was demolished in November 2006. With the exception of House 7 on level 3, other houses are on level 1. The box office is on level 2 and connects with the shopping mall.

House 5 is Onyx Cinema and is the first one in Hong Kong. The cinema is equipped with Samsung Onyx Cinema LED Technology with LED picture quality and true black colour. The sound system is surround sound system. Only 2D film can be shown at this cinema.

House 3 and House 6 are ordinary cinemas with Dolby 7.1 sound system. House 7 is the exclusive MX 4D theatre in Hong Kong with eleven special effects. The cinema is managed by Multiplex Cinema Limited.