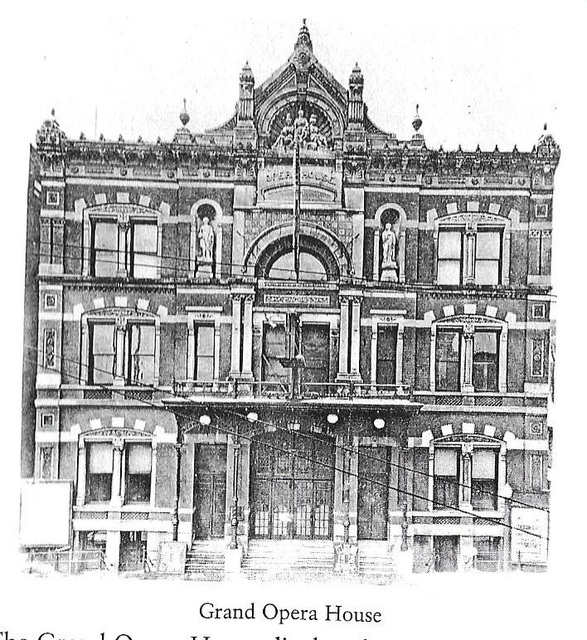 With a new screen, Western Electric sound equipment, carpeting and redecorating, the New Rialto Theatre premiered with “What a Widow” with Gloria Swanson. Behind the scenes in the 600-seat theatre was a fireproof projection room.

The Grand Theatre had opened as the Grand Opera House on January 6, 1882, and began showing photoplays by 1915. The Hawk Eye noted at one time it seated 1,200 and was considered the finest theater in Iowa, surpassing even the Grand Theatre in Des Moines.

Reverting again back to stage plays, the New Rialto Theatre closed in November 1938 and lingered on until the Hawk-Eye noted the demolition of the Grand Opera House in June 1943.