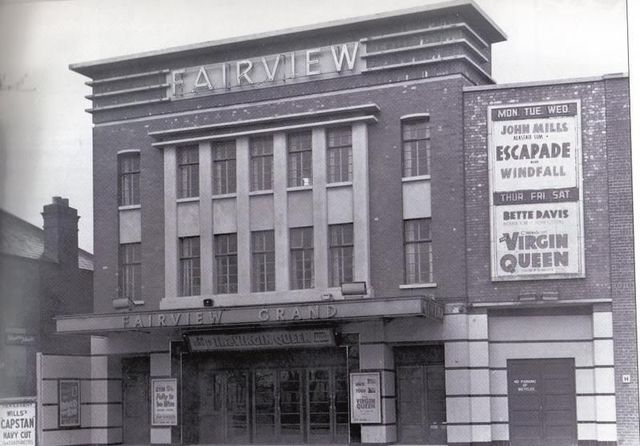 The Fairview Grand Cinema opened with Dolores del Rio in “The Trail of ‘98” on 18th November 1929. The auditorium was situated on back land accessed by an entrance hall from the street. It was Leonard Ging’s first venture and was designed by Henry J. Lyons. A balcony was added in the 1930’s enabling the cinema to seat 1,400 people in total and it was equipped with an RCA sound system. It was later capable of screening films in CinemaScope format. The building is also known to have held gospel meetings. The cinema was later twinned but closed on 29th June 1974, although part of the building was used as a screening theatre called Beuna Vista. The auditorium was later demolished but the entrance block was used as newspaper offices then a supermarket.