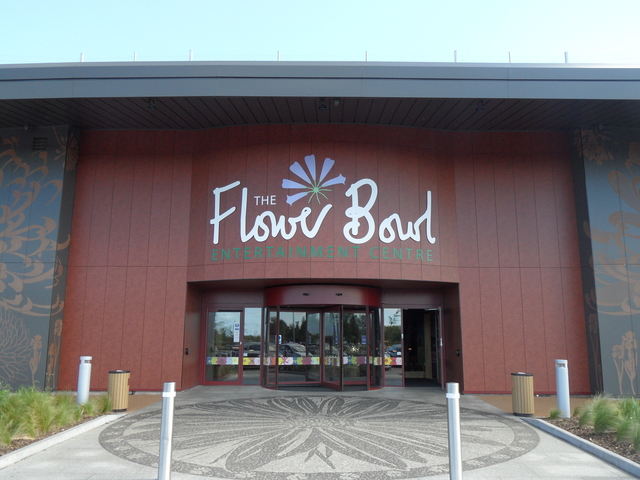 Located to the north of Preston, Lancashire, the original Barton Grange dates back to 1945, when Mr and Mrs Edward Topping bought a small manor house on the A6 at Barton with plans to turn it into a hotel. The business quickly expanded and soon there was also a landscaping business, a garden centre and two nurseries. The hotel remains on the original site, but the garden centre moved just down the road, to Brock, in March 2008. Then, as the years moved on, it became time for the next project: The Flower Bowl!

Detailed planning for this £8m development started around 2011, with construction eventually beginning in 2017. The Centre, a very large, low building with a grass-topped roof, finally opened on Friday 3rd August 2018.

Dubbed a “Premium Cinema”, this offers three luxurious ‘boutique’ auditoriums, with 32, 48 and 48 “luxurious sofa-style” seats, each named after leading ladies of the silver screen, and each with its own unique style: “Elizabeth Taylor is all midnight blue richness, Ingrid Bergman smoulders in deep plum and feisty Uma Thurman rocks the fiery orange look”.

Sustenance is provided by Blooms Restaurant, The Ocean Fish and Chip Restaurant and The Oasis Coffee Shop.