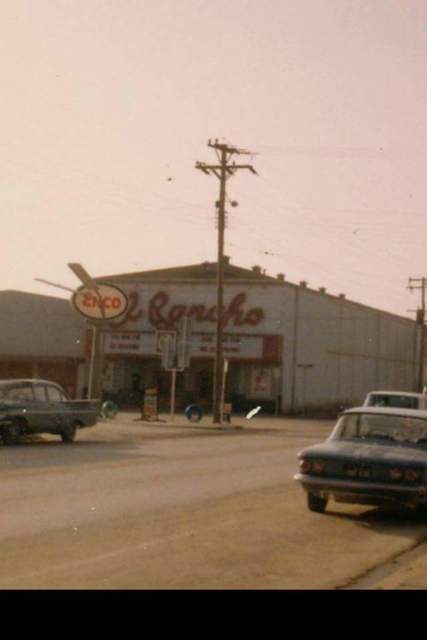 Built on the site of the Texas Theatre which had been destroyed by fire on May 13, 1953. The Long Theatres chain opened the El Rancho Theatre on March 17, 1954. It was still listed in the 1955 edition of Film Daily Yearbook, but not in main State/City listings in 1956 or 1957 editions, although it was still in the list of operating Long Theaters in 1957.