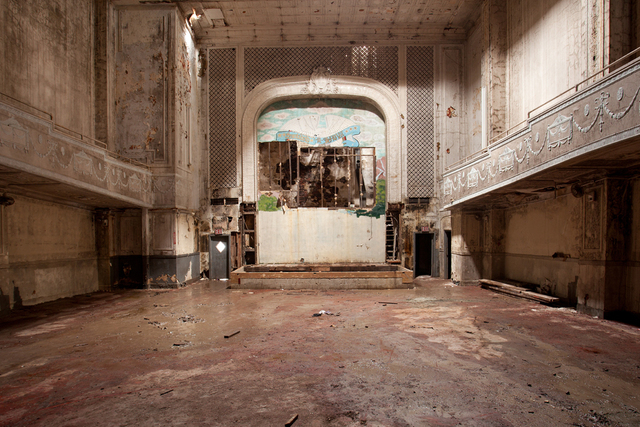 Originally opened as the Bijou Theatre in 1926. In later years it was one of the early New York theatres to program off-beat and independent films. It showed early Warhol and had open film nights where young filmmakers could get an audience.

The theater also ran jazz matinees on Sunday afternoons in the early 60s. I remember seeing Jerome Richardson and Les Spann playing flute duets or flute and guiter duets, among other acts. It helped that the theater was diagonally across the avenue from Stanley’s, one of the earliest of the hipster bars in the far east.

There’s a nice article by Charles L. Mee, Jr. on the Charles in the November 1962 issue of Horizon magazine: “WHERE TALENT IS TRIED AND TESTED, At the Charles Theatre in New York the art of film has found a smoky and uproarious arena for self-criticism.”

Does anyone recall seeing the Wolper documentary “1000 Days” about the Kennedy administration (b+w) followed by a screening of a copy of the Zapruder film in late November/early December 1964?

Is anyone aware of any other early screenings of the Zapruder film, which was not released to the general public until the mid-70’s?

Here’s a glimpse at the interior.

I recently photographed the Charles Theatre

Oh no, that is so sad. It was beautiful. This is the place where I saw a copy of the Zapruder film in November 1964. Anyone else?

is this the place where they used to have balls, a la Paris Is Burning?

I’d be interested in pictures of the theater as I’m writing a book on the repertory movie houses, including the Charles, that existed from 1960 to 1994. I can be reached at . Thanks.